How Delta Steam Traps Can Work In Your University 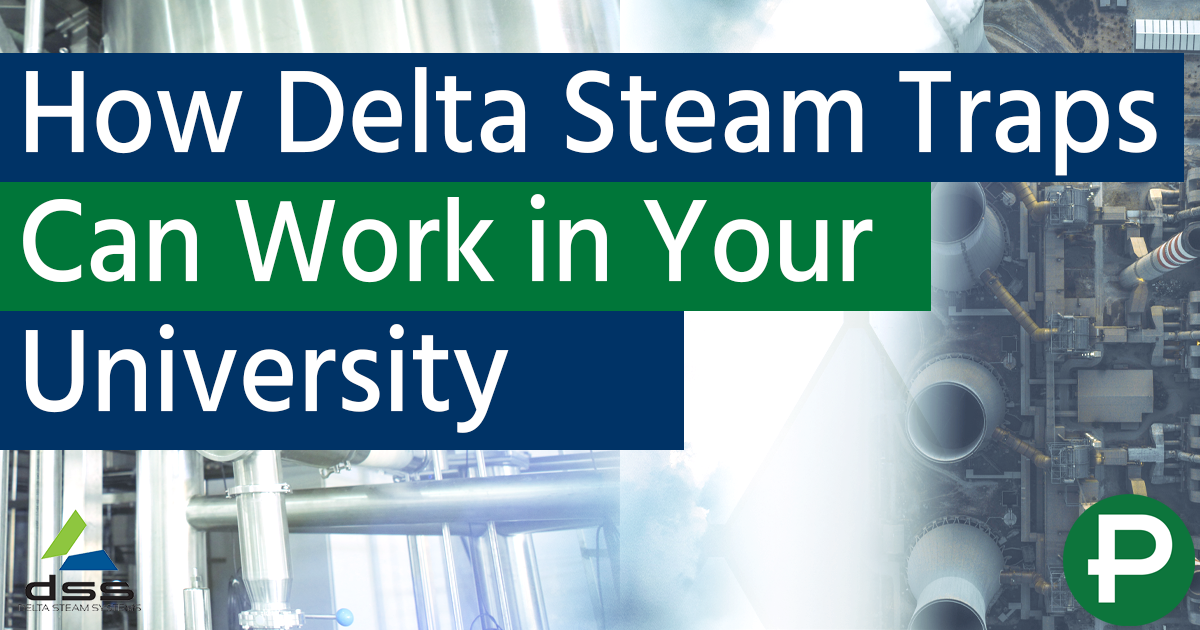 Many facilities, including hospitals, manufacturing plants, and especially universities have a boiler system that produces steam for the purpose of heating and temperature control. Throughout a vast steam piping network inside a facility, perhaps the most critical component is the steam trap, which is designed to prevent steam from escaping while discharging condensate, air, and other gasses from steam.

Steam systems play an important role inside of a university’s boiler systems. University campuses have to maintain multiple dorm rooms, dining halls, and academic buildings which all require their own steam system. Due to the multiple moving parts inside of mechanical steam traps, they are prone to malfunction and left in need of repair or replacement. The results of this along with the high cost of energy waste, universities could lose tens to hundreds of thousands of dollars annually just in failed mechanical steam traps inside their facilities.

Delta Steam Traps have a guaranteed return on investment when you make the switch in your facility. Our partners at Delta Steam Systems conducted a third party study proving the financial benefits of switching to Delta Steam Traps compared to the traditional mechanical steam traps.